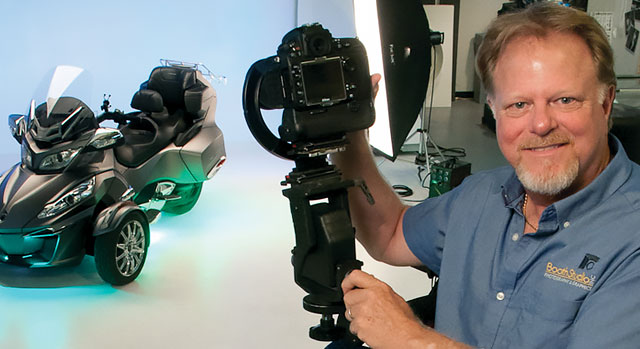 Herb Booth and Chuck Luzier have quite a bit in common. After meeting in college while studying photography, they discovered their fathers played together as children, and later served in the Armed Forces in Vietnam. Once out of college, they worked together photographing children’s school pictures on American military bases throughout Europe, while sharing an apartment in Germany.

They eventually moved back to the United States, with Herb building his photography business in the Sarasota area, and Chuck working for the Associated Press and Reuters, while doing marine life and boating photography on the side.

In his mid-40s, Herb started having problems with his right knee. “Photo shoots can be tough — climbing ladders, hauling equipment, a lot of bending — it’s very hard on the knees,” says Herb. He had arthroscopic surgery, hoping to put off knee replacement a bit longer, but by July 2014, Herb knew it was time to have the surgery. He contacted his doctor, Vance Askins, MD, and had both knees replaced at the Orthopaedic Spine and Joint Center at Lakewood Ranch Medical Center.

Physical therapists got Herb up and moving the next morning. “Thanks to the pre-op prep class taught by Care Coordinator Caroline McGrath, I felt prepared and knew what to expect,” he says. “The therapists told me rehab isn’t just a few days, it’s every day. You can’t just sit in a chair — YOU have to do the work.” Herb went back to work after two and a half weeks, and kept working on his physical therapy exercises at home and in his studio.

Herb was thrilled with his experience at Lakewood Ranch Medical Center. “From the care I received, to the way the facility is run, it is a first-class operation, and I continue to recommend the hospital to others,” says Herb.

"The Pain was Killing Me" 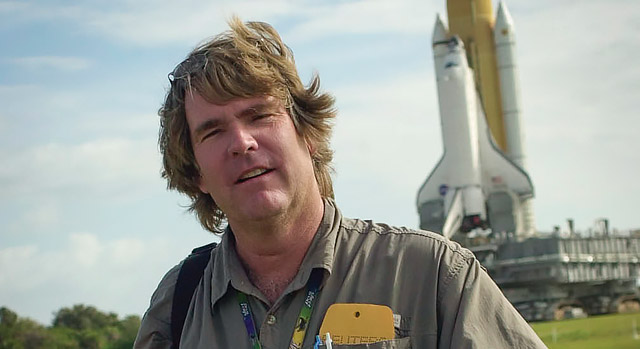 One of those he referred was none other than his longtime friend, Chuck Luzier, who had pain so bad he couldn’t walk. Chuck lives three hours away from Lakewood Ranch Medical Center, but he valued Herb’s opinion. “One of my goals was to get back on my horse,” says Chuck, who had two partial knee replacements 20 years ago, but was told they would wear out and he would need a more permanent solution. “I got tired of taking pain pills and they didn’t always help with the pain,” he says.

As a professional camera representative, Chuck travels about 200 days a year. Because of his schedule, Chuck decided to do one knee at a time. He had the first knee replacement with Dr. Askins in February 2015 and the second in July 2015. “After my first surgery, everything Herb said is exactly what happened. The prep class was extremely helpful and Caroline answered all my questions,” says Chuck. “Getting up and walking right after the surgery definitely made a difference. You get out of therapy what you put into it.”

Chuck says he was back on his horse three weeks after surgery. He also notes he was bow-legged his whole life, but after surgery, his knees were finally straight. “I wish I would have had the surgery sooner. I tolerated the pain for way too long. Not having to deal with the pain anymore is like winning the lottery,” says Chuck.

Of his hospital experience, Chuck says it was amazing and he is glad he drove the distance to have the surgery. “From pre-op to discharge, Lakewood Ranch Medical Center is a top-notch facility. I never felt like I was in a hospital, and I have been in enough of them to know. It was a totally different experience and I would recommend it to anyone,” he says.

Learn more about the Orthopaedic Spine and Joint Center at Lakewood Ranch.