Get the Latest COVID-19 and Vaccine Information

Rob Guerra Was Surprised With a New Ford F-150 Truck 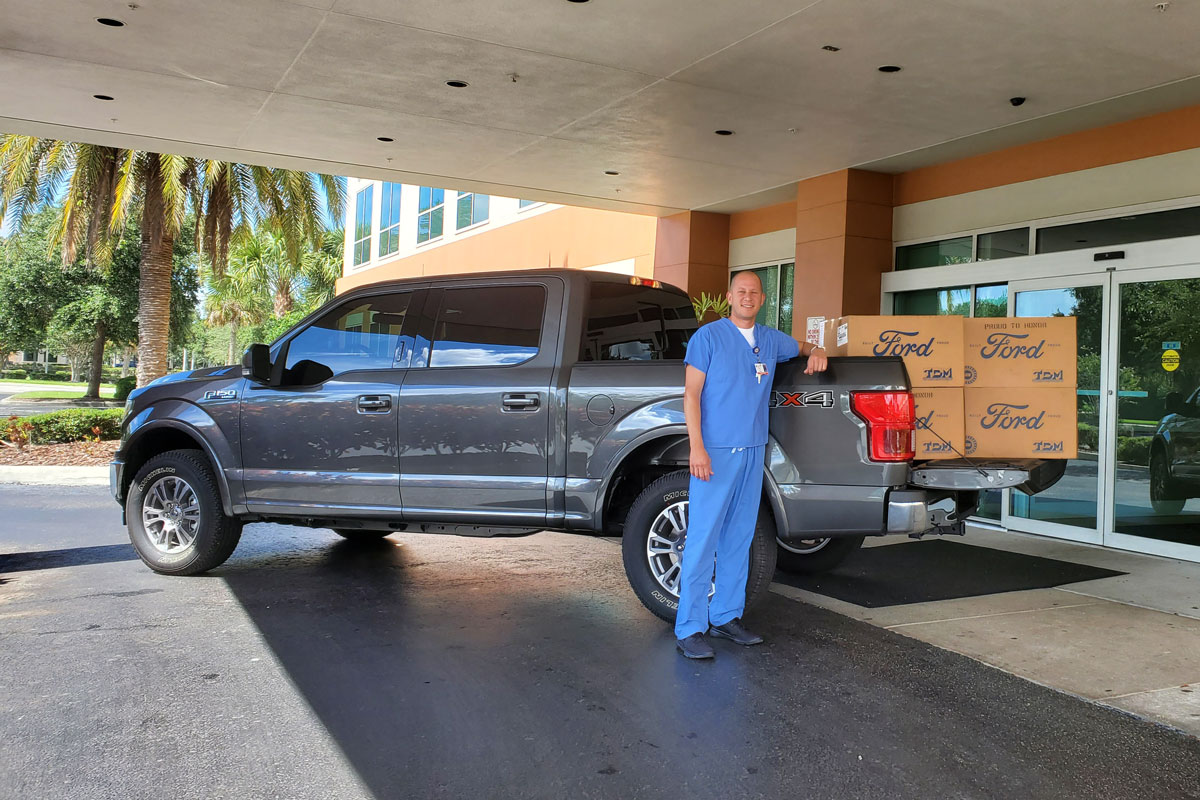 It was an unbelievable moment for U.S. Navy Reserve Nurse Lt. Rob Guerra when he appeared on "Jimmy Kimmel Live!" and was surprised with a brand new Ford F-150 truck filled with personal protective equipment for Lakewood Ranch Medical Center, where he is a charge nurse in the post-anesthesia care unit.

The segment – which was part of a special tribute to Healthcare Heroes – took place during Guerra's two-week quarantine after spending six weeks in New York City caring for COVID-19 patients. The producers had arranged for his family to join the virtual interview and unveil the truck on his driveway, donated by Ford. "I had no idea my family was going to be in on it," he says. "It's got to be hands down one of the craziest experiences of my life... It was definitely awesome!"

While in New York, Guerra was stationed at the Javits Center, which had been converted to a medical facility. "We were getting people who were almost ready to go home, they just needed a few extra days," he says. "You naturally prepare for the worst," but things went smoothly, he says. "As medical people, we're all there to do that one thing, to take care of people."

The show found Guerra through a Healthcare Heroes hashtag from Lakewood Ranch Medical Center, where he works in the same-day surgery center. "It's small enough of a hospital that everybody knows you, you become a lot closer, like a family," he says. While he was away, his coworkers sent him a big care package, and everybody volunteered to help out with his wife at home with their 8-year-old daughter and new baby girl. "That was huge," Guerra says.

His 40th birthday was on the day he flew back to Florida – which the show's producers knew about when they arranged the gift from Ford. "You don’t think something like this would ever happen to you," says Guerra, deeply honored by the show of support. "I'll never forget this."

Get monthly updates with health news, recipes, and more